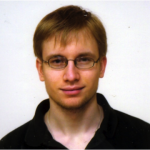 Vladimir Barash (@vlad43210) is a Senior Researcher and Engineer at Graphika. He has received his Ph.D. from Cornell University, where he studied with Michael Macy, Jon Kleinberg, and Claire Cardie. Both at Cornell and now at Morningside, Vladimir’s research interests focus mainly on social media, diffusion and viral marketing, meme tracking, and other topics around the dynamics of memetic objects in online communities. In his spare time, Vladimir blogs at: vlad43210.wordpress.com.

Subscribe to our Newsletter
Enter your email to get regular updates about Social Media Research Foundation, NodeXL, events, tools, and news.
Links
Upgrade to NodeXL Pro!!
Your support keeps our projects, like NodeXL, active and strong.  Please contribute.