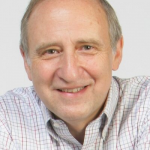 Ben Shneiderman (www.cs.umd.edu/~ben) is a professor in the Department of Computer Science and founding director (1983-2000) of the Human-Computer Interaction Laboratory (www.cs.umd.edu/hcil) at the University of Maryland. He was elected as a Fellow of the Association for Computing (ACM) in 1997 and a Fellow of the American Association for the Advancement of Science (AAAS) in 2001. He received the ACM SIGCHI Lifetime Achievement Award in 2001. Shneiderman is the co-author, with Catherine Plaisant, of Designing the User Interface: Strategies for Effective Human-Computer Interaction (5th ed., April 2009), www.awl.com/DTUI. With S. Card and J. Mackinlay, he co-authored “Readings in Information Visualization: Using Vision to Think” (1999). With Ben Bederson he co-authored The Craft of Information Visualization (2003). His book Leonardo’s Laptop: Human Values and the New Computing Technologies appeared in October 2002 (MIT Press) (http://mitpress.mit.edu/leonardoslaptop) and won the IEEE book award for Distinguished Literary Contribution.

Subscribe to our Newsletter
Enter your email to get regular updates about Social Media Research Foundation, NodeXL, events, tools, and news.
Links
Upgrade to NodeXL Pro!!
Your support keeps our projects, like NodeXL, active and strong.  Please contribute.