After speaking at the Israel Internet Association conference February 22, I will speak at IBM Research in Haifa at an event co-sponsored by the University of Haifa Department of Sociology and Anthropology and the M.A. program in Sociology of Technology.  My hosts are Professor Gustavo Mesch from the university and Dr. Adam Perer from IBM research.

Abstract: Social networks are created whenever people interact.  These networks become more visible when interactions take place through social media.  Social networks form when people link, reply, comment, edit, tag, and friend one another.  Sub-populations are formed whenever people mention the same company, products, event, topic, or personality.  Using social network analysis on collections of social media connections reveals important patterns: how are people clustered and grouped, where are the gaps, who plays the roles of bridge, hub, and isolate? In this talk I will display maps of twitter, you tube, flickr, and enterprise email systems and demonstrate several tools that can be used to collect, analyze, map and monitor social media, including the free and open NodeXL (network overview, discovery and exploration) add-in Excel 2007.

Here, for example, is a map of the connections among people who recently mentioned “haifa” in twitter sized by number of followers: 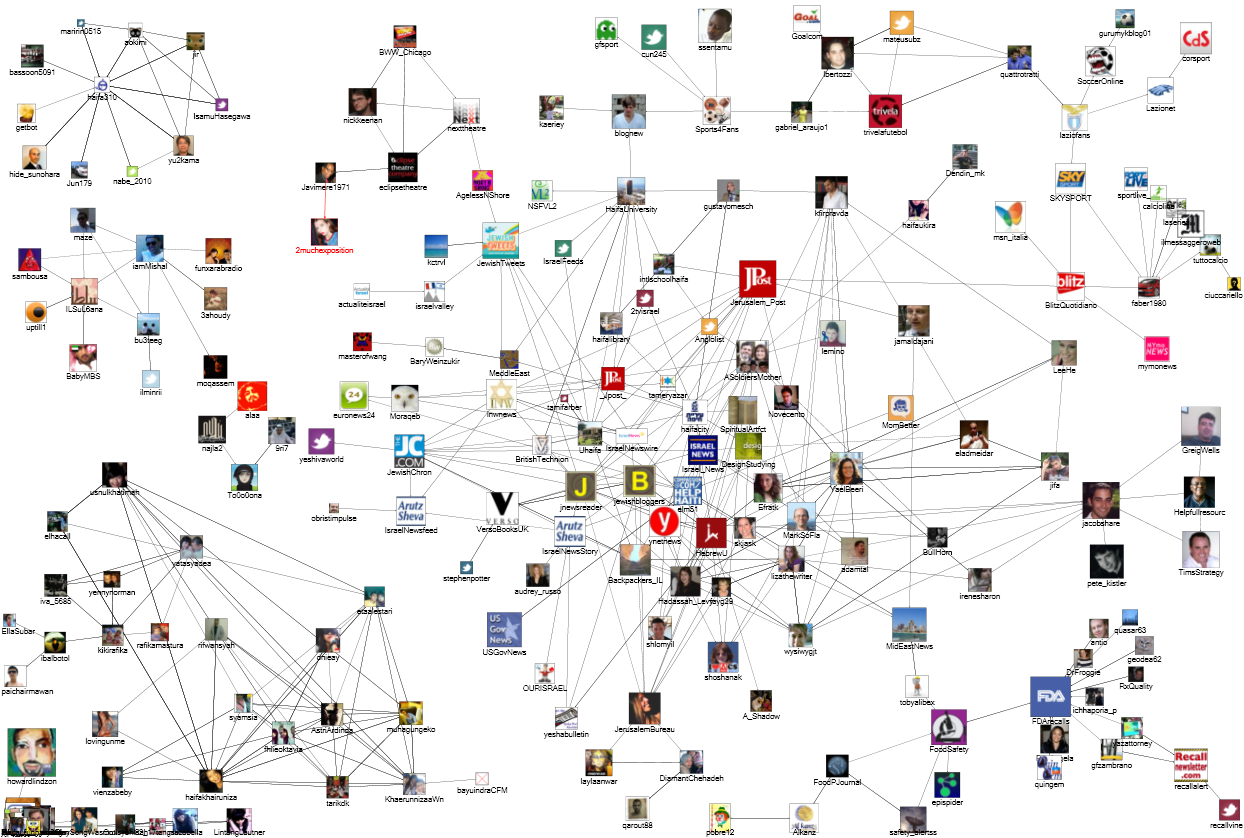 Some photos taken during the trip are available after the jump:

Time for another NodeXL update: sparklines!  Sparklines are a nifty and compact way of displaying a line chart in a small area. Setting dynamic filters in NodeXL has been somewhat like rummaging around in the dark: without a way to…

In the most recent prior release of NodeXL we added new metrics that describe networks in terms of their number of components and the length of paths in those networks.  In this release we automate creation of histograms of network…

There are hundreds of conferences sponsored by the ACM on almost every topic related to computing.  In some cases the same person will publish a paper in more than one conference, creating a tie between them.  Below is a network…