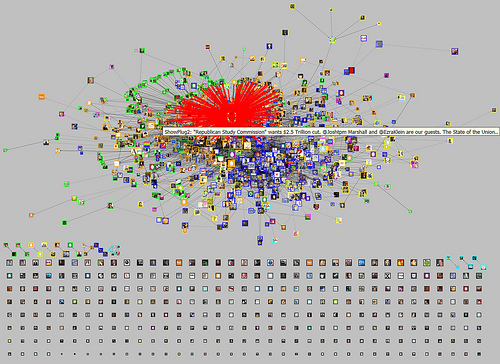 The United States State of the Union address this year was held Tuesday evening, 25 January 2011. The event is a globally visible opportunity for the President of the United States to present the Administration's vision for its agenda for…

Deliberation: Honeycutt and Herring – Twitter not only used for one-way comm, but 31% of all tweets direct a specific addressee. Kroop and Jansen – political internet discussion boards dominated by small # of heavy users

Sentiment: How accurately can Twitter inform us about the electorate’s political sentiment?

Prediction: can Twitter serve as a predictor of the election result?

1. While Twitter is used as a forum for political deliberation on substantive issues, this forum is dominated by heavy users

-The exchange of substantive issues (31% of all messages contain “@”),

-Equality of participaion: While the distribution of users across groups is almost identical with the one found on internet message boards, we find even less equality of participation for the political debate on Twitter. Additional analyses have shown users to exhibit a party-bias in the volume and sentiment of messages.

2. The online sentiment in tweets reflects nuanced offline differences between the politicians in our sample.

-Leading candidates: Very similar profile for all leading candidates, only polarizing political characters, such as liberal leader and socialist, deviate in line with their roles as opposition leaders. Messages mentioning Steinmeir (coalition leader) are most tentative

3. Similarity of profiles is a plausible reflection of the political proximity between the parties

Key findings: high convergence of leading candidates, more divergence among politicians of governin grand coalition than among those of a potential right wing coalition

4. Activity on Twitter prior to election seems to validly reflect the election outcome (MAE 1.65%), and joint party mentions accurately reflect the political ties between parties. 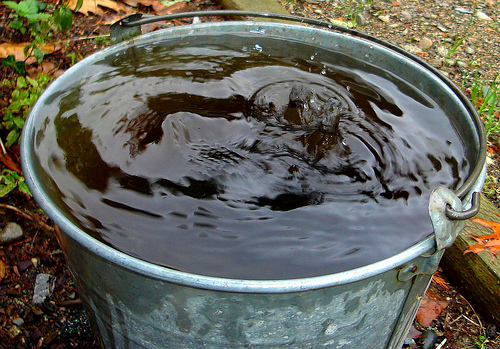 by Dru! Can useful observations be made by studying the social media sea one bucket at a time? NodeXL has data import “spigots” for pulling social networks out of several social media systems including Twitter, YouTube, flickr, and email.  Twitter networks of follows and followers, reply and mentions can be extracted based on either a [...]
Read More→ 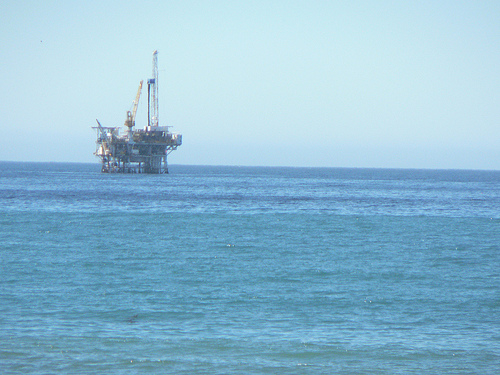 The oil spill disaster in the Gulf of Mexico is a topic of great concern to many people in twitter. This is the map of connections among people who tweeted the term "oil spill".  There are lots of isolated authors,… 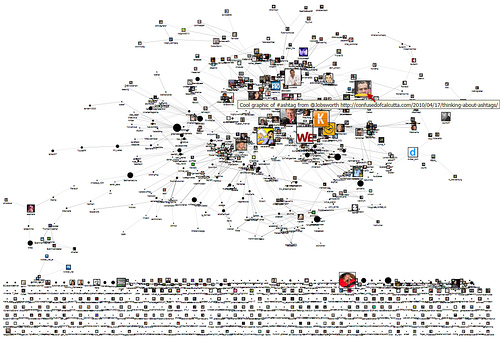 The eruption of Eyjafjallajokull in Iceland has created disruption of air traffic around the world and particularly through Northern Europe.  A similar eruption of tweets has followed, focused around a series of hastags including "#ashtag", "#ashcloud", and "#volcano". The #ashtag…