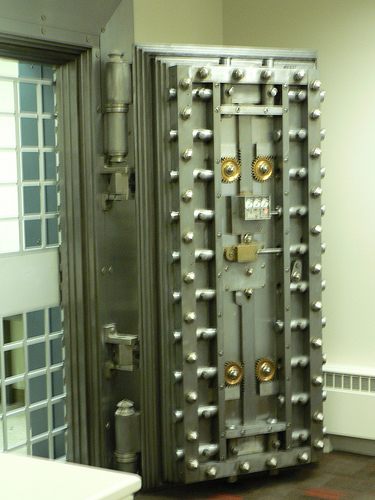 or ? Are social media sites data banks, secure repositories of personal assets, or data pimps, soliciting intimate exposure for profit? I think these services need to choose.  I notice that the setting for who can see what in various systems… 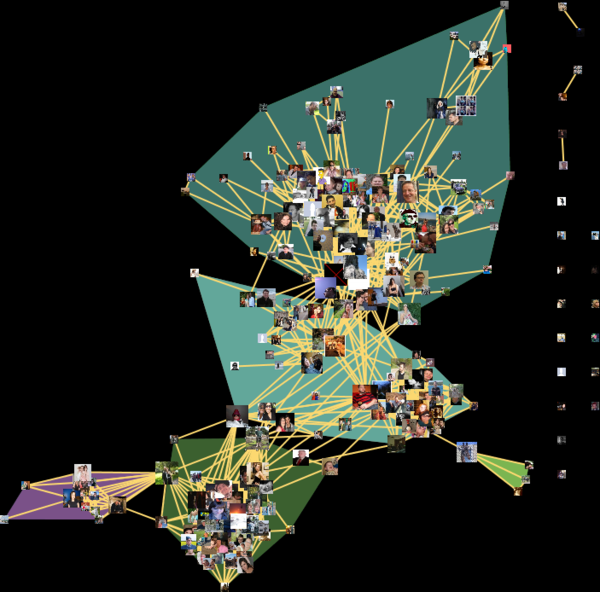 My colleague at the Oxford Internet Institute, Bernie Hogan, is working on tools that collect personal Facebook network data and visualize the connections among your friends.  These tools now interoperate with NodeXL through the GraphML XML file format. Here is the…

There are hundreds of conferences sponsored by the ACM on almost every topic related to computing.  In some cases the same person will publish a paper in more than one conference, creating a tie between them.  Below is a network… 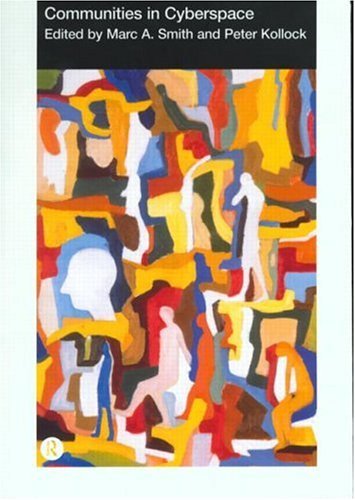 When the late Peter Kollock and I published Communities in Cyberspace with Routledge in 1999 there were few broadband connections, no iPhones, and little WiFi.  Today, there is an ebook version of the book and Amazon sells a version for the Kindle, a device it was hard to even imagine when the book was written.  Google lets you browse most of it and search all of it.  But the key ideas of the volume:  identity, interaction, collective action and emergent order remain relevant in a wireless broadband netbook mobile social network real-time web world.  The book is now ten years old.

Introduction to Communities in Cyberspace, Peter Kollock and Marc Smith

“Since 1993, computer networks have grabbed enormous public attention. The major news and entertainment media have been filled with stories about the “information superhighway” and of the financial and political fortunes to be made on it. Computer sales continue to rise and more and more people are getting connected to “the Net”. Computer networks, once an obscure and arcane set of technologies used by a small elite, are now widely used and the subject of political debate, public interest, and popular culture. The “information superhighway” competes with a collection of metaphors that attempt to label and define these technologies. Others, like “cyberspace,” “the Net,” “online,” and “the web,” highlight different aspects of network technology and its meaning, role and impact. Whichever term is used, it is clear that computer networks allow people to create a range of new social spaces in which to meet and interact with one another.”

More details from the book…

Here is the Call for Papers for the

Sponsored by the Association for the Advancement of Artificial Intelligence