The event focused on social media technologies and practices in the business to business space.

I spoke on a panel about the application of social network analysis to social media to illustrate the ways SNA can illuminate the shape and key contributors to a social media crowd inside the firewall or on the public Internet.

Other notable speakers included: Thomas Lento from Facebook, Lawrence Liu from Cisco and Michael Wu from Lithium.  The panel was moderated by Tatyana Kanzaveli. An example of applying social network analysis and visualization is this map of the connections among the people who recently tweeted “socialtech” on the 25th of September, 2010. 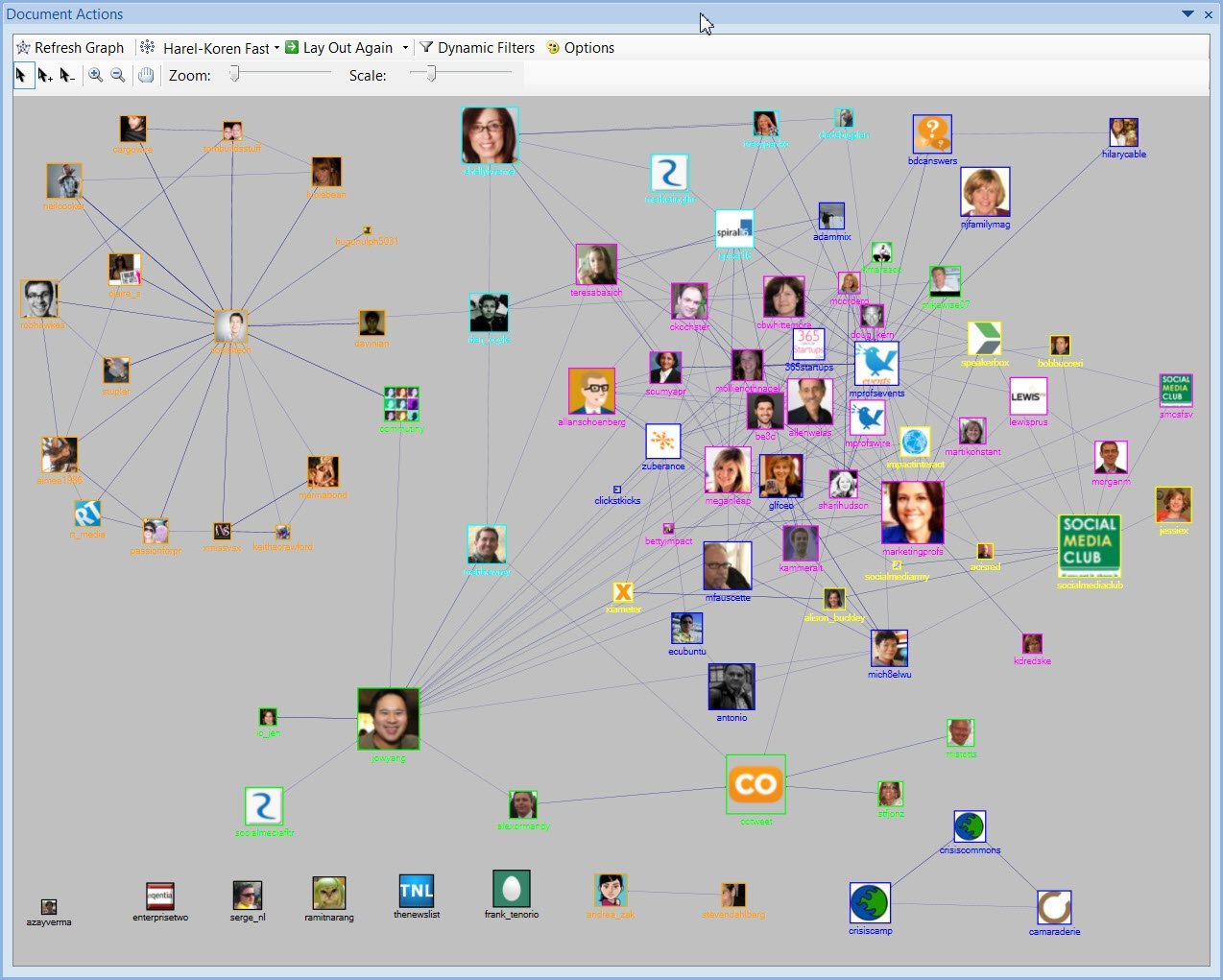 It remains early in this cycle of the use of the socialtech tag, as the conference begins the volume will ramp up and new people will enter the graph bringing with them their unique patterns of connection and interaction.  Over the coming days we may see more clusters emerge and new connections form.
As of Monday evening, the socialtech Twitter graph is small but densely connected with few isolates:
Vertices 87
Unique Edges 224
Edges With Duplicates 88
Total Edges 312
Graph Density 0.035017375
Single-Vertex Connected Components 6
By Tuesday morning, the event is gaining activity and density.