Last week I made a video with Norm Rose from Travel Tech Consulting about the ways different airlines get talked about in twitter.  Norm explores new technologies that impact the travel business and he asked me to create two maps: one for United Airlines and the other for Delta Airlines.  In the video below, we discuss these maps and what they mean for any kind of  brand engaging in social media.

The two maps we discuss are: United Airlines: 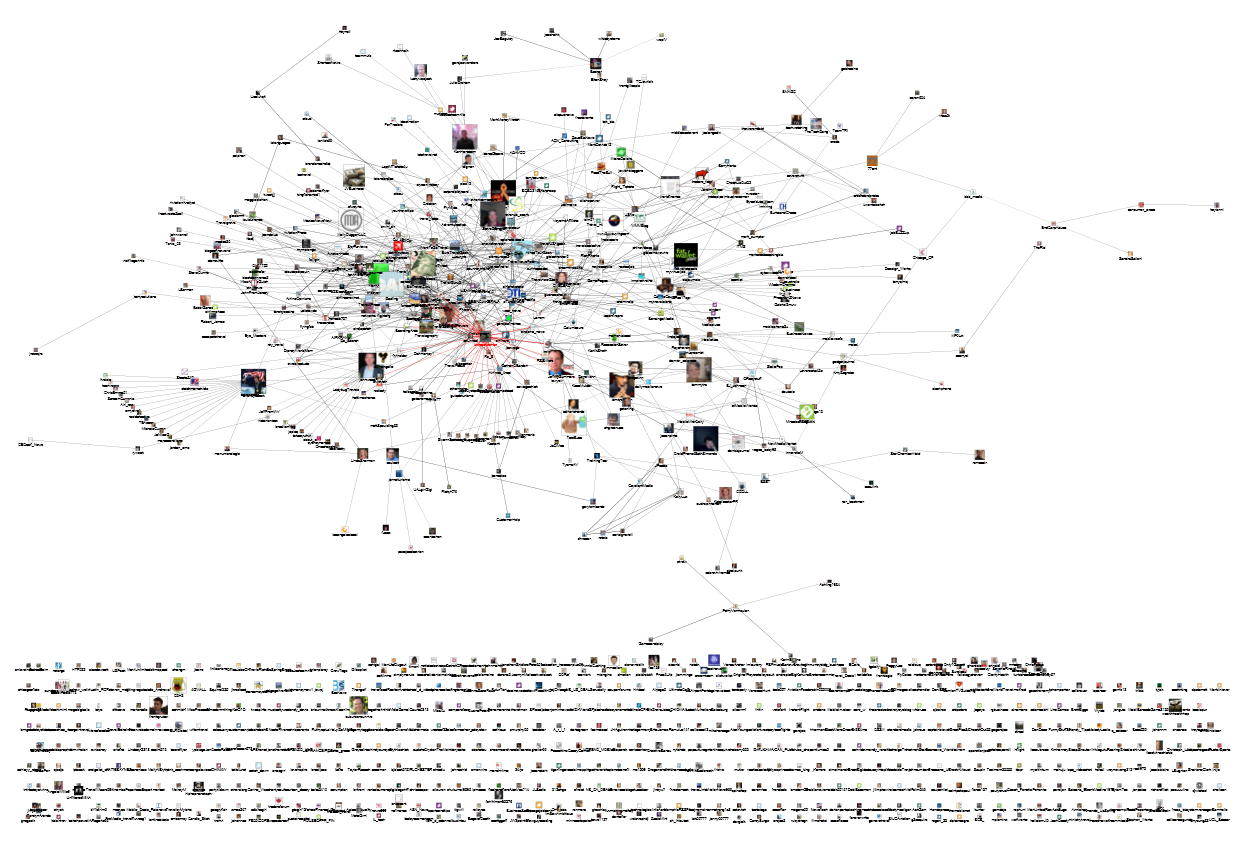 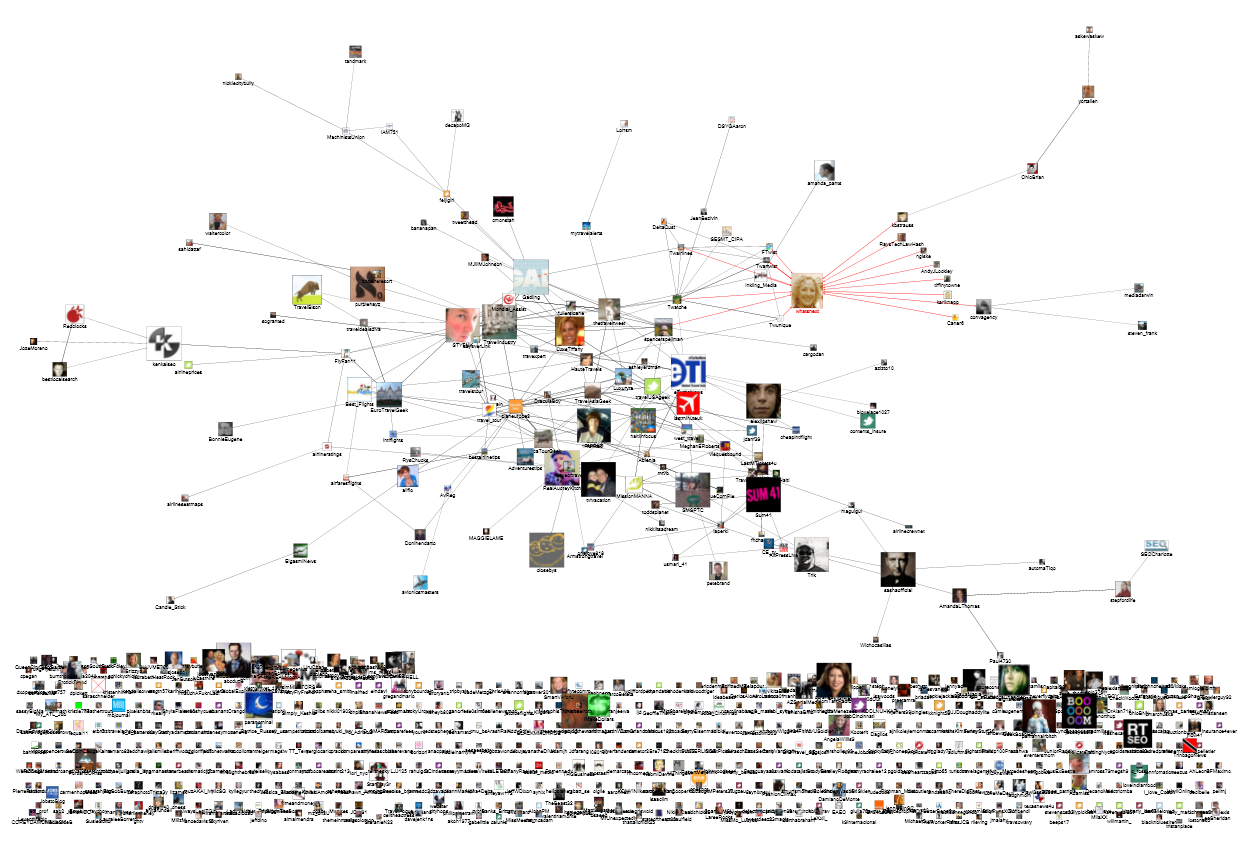 United has a large twitter mentioning population and has a bigger main component.  The larger profile photos indicate Twitter authors with many followers.  The large population of isolates or small components at the bottom of both images are people who mention either airline but are not in a conversation or a relationship with someone else who also mentioned these brands.  They are “shouts” about a brand, not conversations.  In contrast the large component in both images are the connected collection of people who talk to people who talk about these brands.  They are committed to the topic in a way the less connected  authors are not.  They know someone who also talks about air travel.

Viewed over time, we can start to assess the ways these brand’s twitter populations are changing.  Are new people moving into central hub positions?  Are people who held those positions drifting away?

A key observation is that some people with relatively few followers occupy highly central positions in the graph.  This suggests that these authors have a location that lends their content attention from other well positioned people.  Popularity is not just about volume of connections, in a social network perspective, importance is also a function of where the person sits within the graph.