In the most recent prior release of NodeXL we added new metrics that describe networks in terms of their number of components and the length of paths in those networks.  In this release we automate creation of histograms of network metrics.  It is useful to see the distribution of attributes like in-degree or betweenness to get a feel for the nature of a network.  Building a histogram in Excel is easy, but building seven (one for each of the metrics we create: degree, in-degree, out-degree, betweenness, closeness, eigenvector centrality, and clustering coefficient) is a chore.  Doing this repeatedly for several networks is too much work!  Now, when you calculate metrics in NodeXL we will create these charts for you and place them on the Overall metrics worksheet. 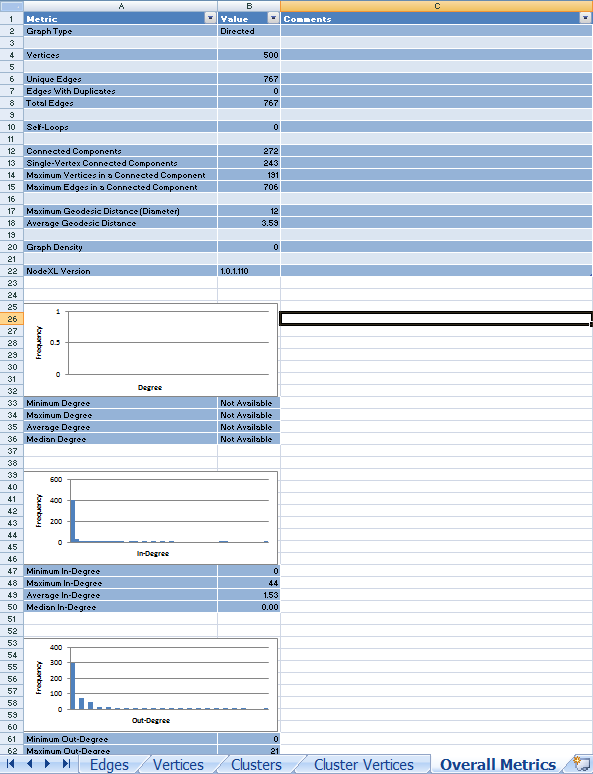 We will add axis markings and titles soon, making these charts ready to use in a variety of network reports.  These histograms will also appear in the Dynamic Filters dialog to guide users as they select segments of the distribution to include or filter out of the displayed network graph.