My colleagues on the Facebook Data Team recently posted the results of a study about the diversity of the Facebook user base. 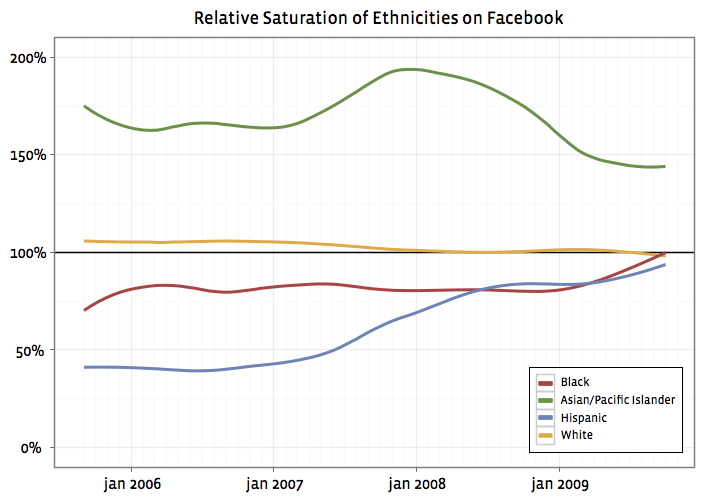 For more details on the study, including the estimation and modeling approaches used, check out the original note on the data team page, or Cameron Marlow’s full repost.  Lars Backstrom, Jonathan Chang, Cameron Marlow and Itamar Rosenn conducted this research.

DiversityFacebookSociology
Subscribe to our Newsletter
Enter your email to get regular updates about Social Media Research Foundation, NodeXL, events, tools, and news.
Links
Upgrade to NodeXL Pro!!
Your support keeps our projects, like NodeXL, active and strong.  Please contribute.