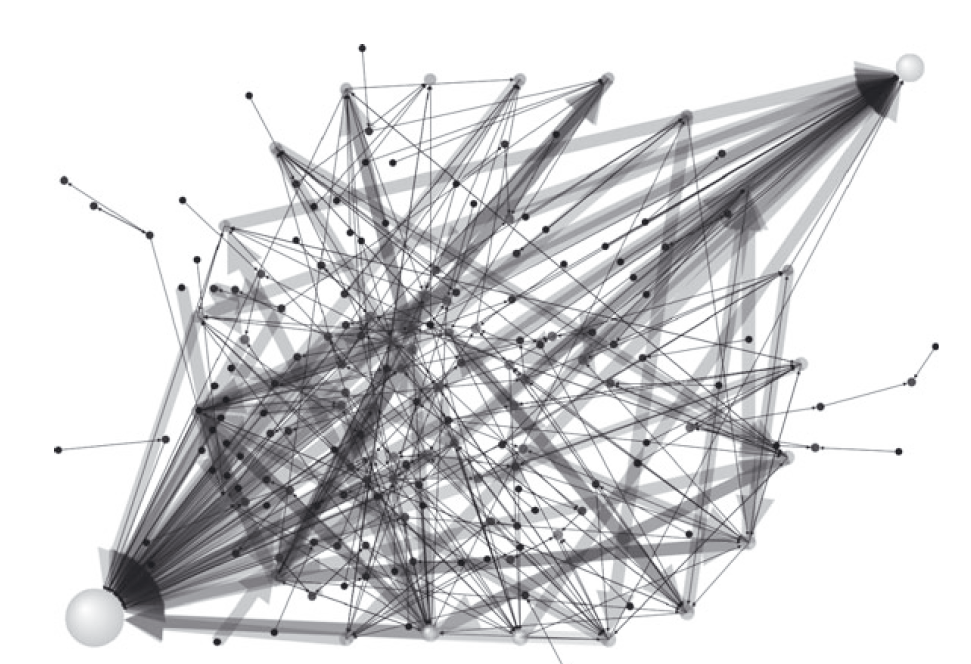 My co-authors Eric Gleave, from the University of Washington, Department of Sociology and Itai Himelboim, from the University of Georgia, Department of Communications, are pleased to note the publication of our paper “Discussion catalysts in online political discussions: Content importers and conversation starters” in the Journal of Computer-Mediated Communication (JCMC) http://jcmc.indiana.edu/ at http://ping.fm/7NF5T

The paper describes the roles of “discussion cataylsts” who populate political web boards (newsgroups) and start the threads that get people talking!  It turns out that only a very few people in a community get to start many threads successfully.  Discussion catalysts have a knack for sparking conversations: setting the agenda for the community at large.  Discussion people have high “-in-degree”, they get replied to by lots of people, but low “out-degree”, they tend not to reply that much themselves.  The people whoreply to discussion catalysts, in contrast, do reply to one another densely.  These are the discussion people, a role  that will be the focus of a subsequent paper!

This study addresses 3 research questions in the context of online political discussions: What is the distribution of successful topic starting practices, what characterizes the content of large thread-starting messages, and what is the source of that content? A 6-month analysis of almost 40,000 authors in 20 political Usenet newsgroups identified authors who received a disproportionate number of replies. We labeled these authors ‘‘discussion catalysts.’’ Content analysis revealed that 95 percent of discussion catalysts’ messages contained content imported from elsewhere on the web, about 2/3 from traditional news organizations. We conclude that the flow of information from the content creators to the readers and writers continues to be mediated by a few individuals who act as filters and amplifiers.

Previously, we published “Picturing Usenet” in the JCMC, a paper that features several images of information visualizations of threaded discussions and authors over time.  That paper was based on an early work with Fernanda Viegas (now at IBM Research, Cambridge, then as an MIT graduate student in the MediaLab interning with me at Microsoft Research in Redmond, Washington).
[2009 – JCMC- Discussion Catalysts – Himelboim, Gleave and Smith]