Here is a good example of an application of Bernie Hogan’s Facebook edgelist extractor. Alan Shussman used it on his own Facebook account and generated the following image: 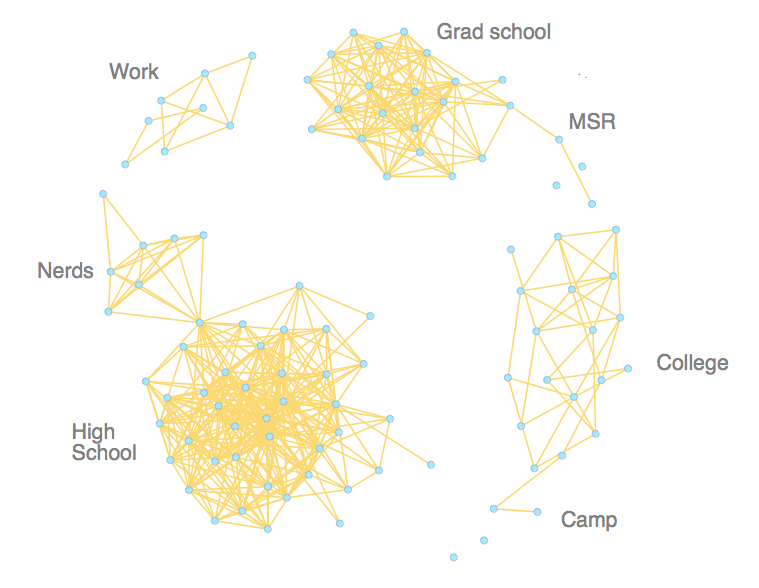 Alan used the NetworkX tool and python to build this image of his sub-groups in Facebook.

I will post a version of my own network shortly, but it is more dense and interconnected than this image.  It would be interesting to contrast several egonetworks to see how differently different people network with one another.

NodeXL updated starting with version 1.05 with features that make it fairly easy to create…

The United States State of the Union address this year was held Tuesday evening, 25…

Please Share This
FacebookgraphNetworkXPythonSocialSocial networkVisualization
Subscribe to our Newsletter
Enter your email to get regular updates about Social Media Research Foundation, NodeXL, events, tools, and news.
Links
Upgrade to NodeXL Pro!!
Your support keeps our projects, like NodeXL, active and strong.  Please contribute.